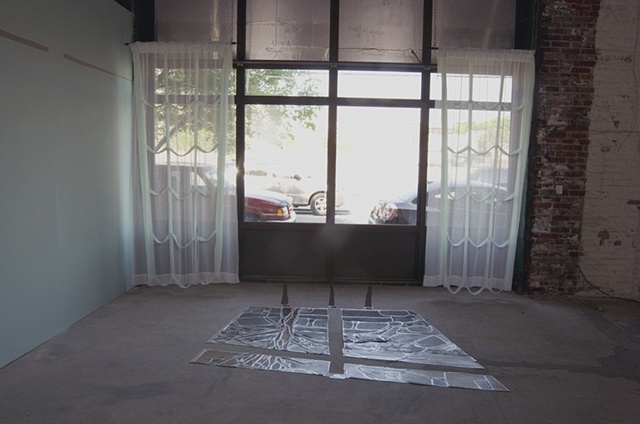 “Conditionally Human,” is primarily influenced by René Magritte’s “Human Condition II,” a piece which Magritte ironically illustrates Alberti’s metaphor for a painting (painting acting as a window to the world). My version takes the gallery windows and uses them as a prop. I hung two curtains in a facade of a French Window and then made using Linoleum flooring a “stained” glass window. The scene depicted is an simplified illustration of the scene just outside the window. The floor section is placed as if it is the light being cast through the architectural window by the sun in the mid afternoon. It also acts as a flat painting on an easel which challenges the window/painting’s dimensionality.