Future City Lab held in the Makerspace tent of Vetenskapsfestivalen. Each participant was free to make a small scale model of an idea they would like to see happen in the area surrounding the Älv River in Gothenburg. On the table is a birdseye view of the neighborhood and we placed these proposed ideas directly in the spot the participant wanted their idea to come to life. As the festival was held over several days some of the earlier ideas were taken on and added to along the way from a later participant. We later showed our results on the website futurecitylab.se and in all possible meetings with local officials. 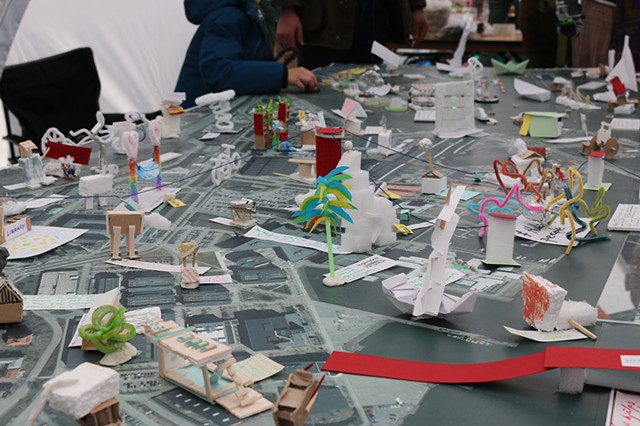 Cityscape filling in
Mixed Media
next >