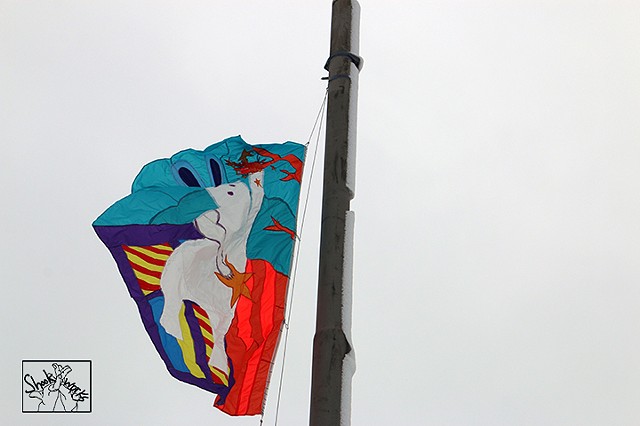 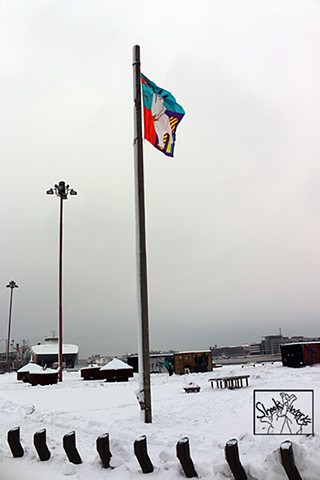 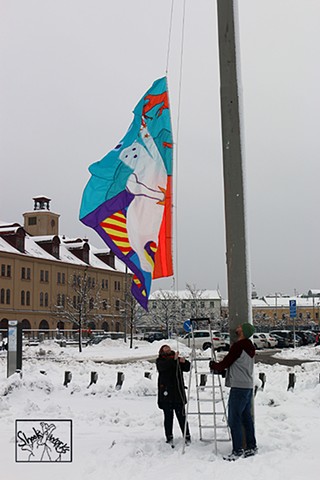 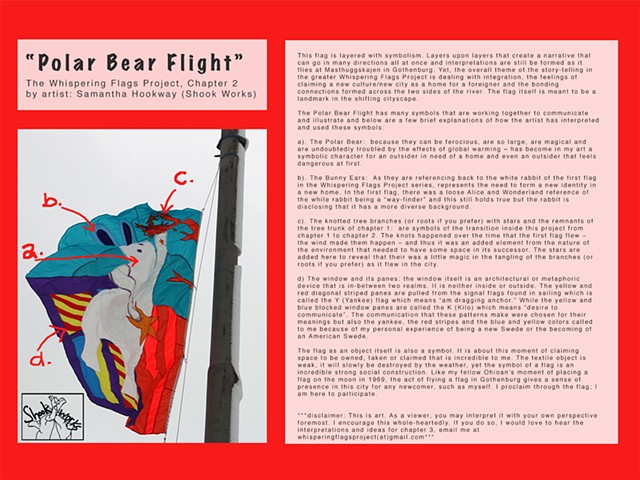 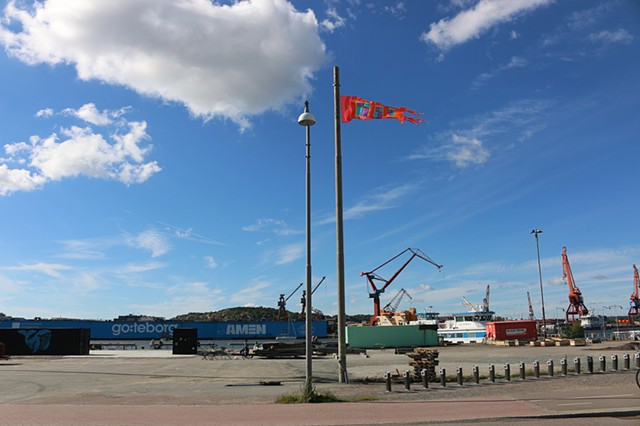 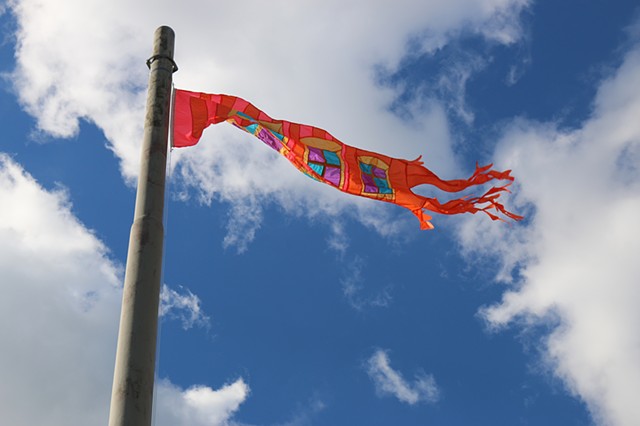 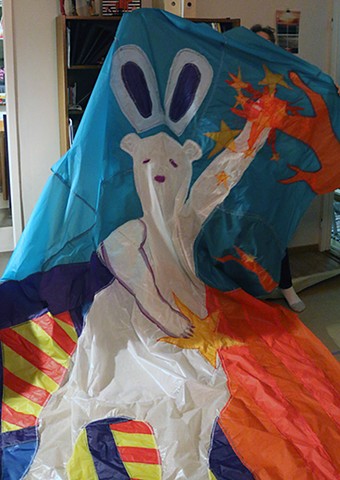 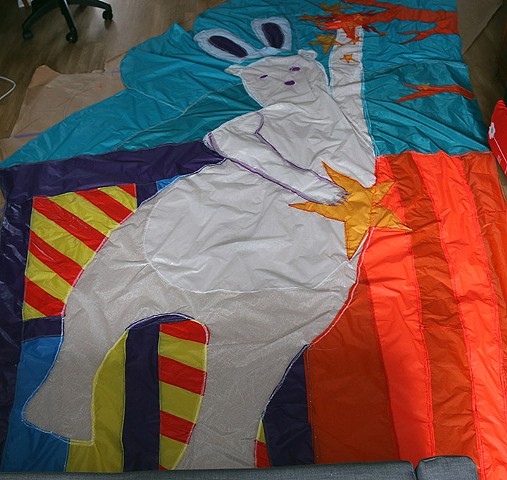 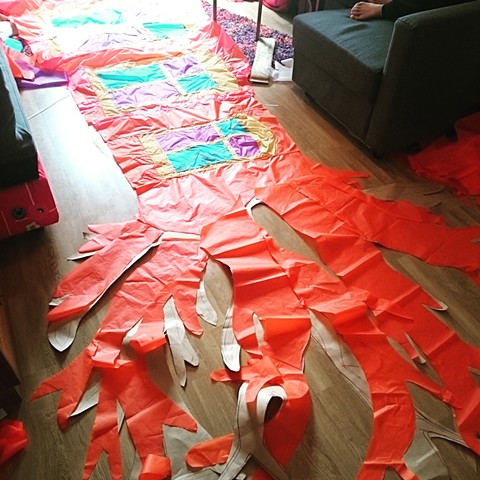 The Whispering Flag Project is a series of one-of-kind flags that fly over the riverfront setting at Masthuggskajen. The overall theme of the story-telling is dealing with integration, the feelings of claiming a new culture/new city as a home for a foreigner and the bonding connections formed across the two sides of the river. The flag itself is meant to be a landmark in the shifting cityscape.

In the story-telling, the artist collaborates with the wind over time. It is like a conversation with the environment in a very physical way. The weathering of the first flag is the ending of chapter one, titled ‘Horizon’s Op. a.k.a. #treeflag' (2015). The story told through the first flag which was shaped like a tree (flying on its side) and is bright orange with purple and blue windows in the trunk. Two white rabbits, a loose Alice and Wonderland reference to a “way finder,” peek their heads out the windows. They are watching over the location, seeing all the transitions of this area, and giving guidance to the Alice types, such as myself, to see Göteborg as a city of potential, even for Alices – such as the artist – that are not quite sure exactly how to fit in.

The 2nd flag, 'Polar Bear Flight', which continues the Whispering Flag Project storyline with introducing a new character, the polar bear dressed as rabbit hangs on the knotted tree branches from first chapter in the flag storyline. The polar bear – because they can be ferocious, are so large, are magical and are undoubtedly troubled by the effects of global warming – has become in my art a symbolic character for an outsider in need of a home and even an outsider that feels dangerous at first. This project is created with the help of Älvstranden Utveckling AB (www.masthuggskajen.se), Greendrop Strategies, Boid Design and Shook.Works. Special thanks to Jasmine at Playcentric Industries as well.