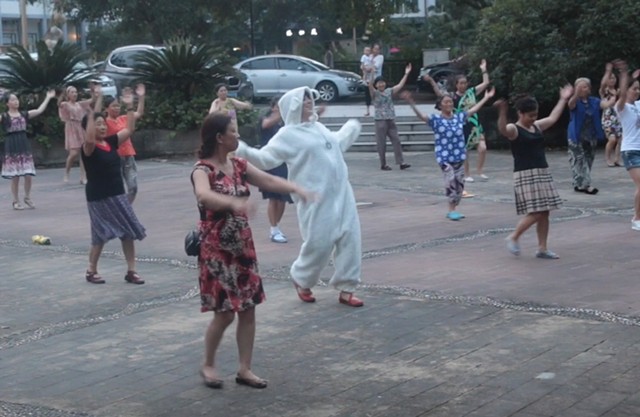 Bear in China
Bear in Gothenburg 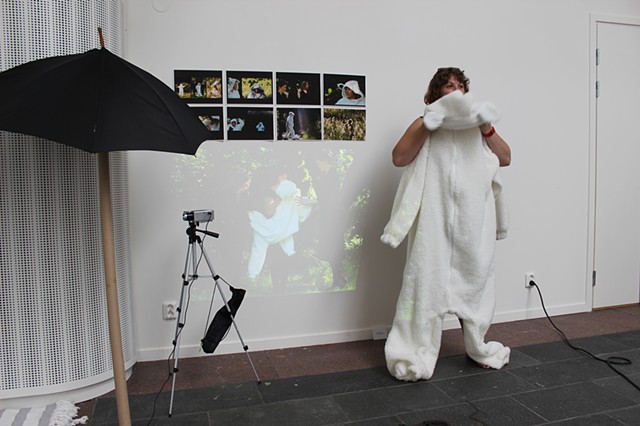 The Polar Bear because they can be ferocious, are so large, are magical and are undoubtedly troubled by the effects of global warming – has become in my art a recurring symbolic character for an outsider in need of a home and even an outsider that feels dangerous at first.

Taking the symbol of the Polar Bear I heavily used in The Whispering Flags Project and embodying it in a series of videos and still photographs performed in 2016. The bear, and wearing it, is intended to particularly give space for reflecting on privilege, borders, passports, and the power of feeling safe and at home. These wearings of the Polar Bear are thus far done both by my body and bodies of other newcomers who are either outwardly reflecting on their status in the world as foreigners in a new land or new citizens.